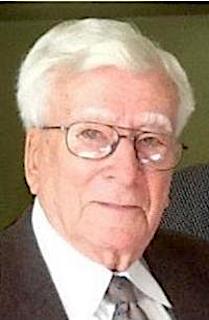 Francis Xavier Knott, 95, of Indian Head, Maryland, passed away on Friday, October 9, 2020, at Hospice House of Charles County due to complications from cancer. Born October 8, 1925, in Indian Head, Maryland, he was the son of the late Frances Regina Knott and the late Francis Xavier Knott, Sr. Also preceding him in death was his wife of nearly 61 years, Audrey Leigh Knott, and his daughter Ann Meredith Chadwick.

Mr. Knott was a lifelong member of St. Mary Star of the Sea Catholic Church in Indian Head, Maryland. He was a United States Navy veteran of World War II and was posted to London, England, during the war. In 1948, he began what would become a 42-year career with United Airlines. Mr. Knott was also a charter member of the Indian Head Volunteer Fire Department. He enjoyed photography as a lifelong hobby. He particularly enjoyed visiting with family and friends.

Hank was such a gentleman and a very modest man, but he was also one of those quiet hero’s of World War II. He enlisted in the Navy and was later assigned to the U.S. Navy Amphibious Force. Hank was a radioman. He and two other men in his division were chosen randomly and sent to London through sheer luck. They ended up working in Eisenhower’s headquarters, where Churchill was a regular visitor. They lived through the worst of the V1 and V2 attacks. Hank was well-liked and spent his entire tour assigned there. He later went to work for United Airlines in D.C., where he stayed until his retirement.
Indian Head resident Mike Adams really looked up to “Hank,” his nickname. They became best friends. Mike regrets not meeting Hank earlier in his life. But he is so happy he got to know him. That generation was so remarkable.
Mike bought him a World War II veteran’s hat and made him wear it. Hank later told Mike just before his death he wished he had gotten the hat sooner because he doesn’t think he ever had to pay for another meal after he started wearing it.
NEXT                                                                          PREVIOUS