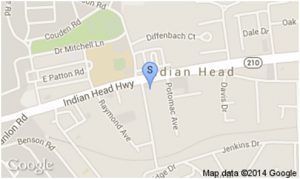 The small town of Indian Head was once the region of and domestic to the Algonquin Indians. It got its name from an Indian Reservation and sat on a headland overlooking the Potomac River. Indian Headlands was abbreviated over a long time to Indian Head. Fiction would have us accept that it was named for a or maybe sad Indian sentiment that caused an Indian to lose his head over neighborhood Algonquin princes, but that’s essentially a story made to advance an atmosphere of persona over the title.

The Town of Indian Head ensconces what was once a portion of the region of the Algonquin Indians. These Native-Americans who lived along the lower Potomac River had a complex society of kin-based groups, freely organized into confederations at European settlement. Researchers accept that by 1608, the Local American bunches north of the Potomac were isolated into around ten negligible chiefdoms. Of these bunches, the Piscataway, Anacostan, Mattawoman, Nanjemoy, and Portobaco were encouraged to organize into a fundamental chiefdom headed by the Piscataway. The central chief of this gathering was known as the Tayac.

Today the Town of Indian Head, the Naval Support Facility – Indian Head, Potomac Heights, a portion of Chapmans Landing and Glymont occupy the land originally set aside as part of a land grant from the second Lord Baltimore, Celilius Calvert, to his friend Thomas Cornwallis.  The grant, approved in 1654, included 5000 acres as shown in the Charles County Land Records, Liber A, B and H, Folio 401.  Current maps still label the peninsula of land where Indian Head sits as Cornwallis Neck.

By the early 1700s, the English pioneer’s infringement forced the Indians to abandon their settlement. The majority of the Piscataway moved across the Potomac River into Virginia and Pennsylvania.

The root of the name Indian Head isn’t explicitly known but most likely could be a debasement of the term “Indian Headlands.” The whole lower conclusion of the peninsula was now an Indian Reservation possessed by Native Americans.

The original 5000-acre land grant to Thomas Cornwallis was divided into several large tracts in 1772, which then changed hands several times before the Navy purchased some of the land at the end of the nineteenth century.

During the 18th Century, Southern Maryland land development produced corn, cotton, vegetables, grains, fruit, and their primary crop was tobacco. Livestock was commonly raised throughout the County. During the middle of the 19th century, the land was worn-out, and enclosure by private landowners drove prices up, and angling (fishing) provided jobs for those who lived within the reasonable distance of the Potomac River.

Individuals came from Southern Maryland to Indian Head (as it was starting to be called) to purchase fish. The unique 5000-acre grant to Cornwallis was separated into a few expansive tracts in 1772, which at that point changed hands a few times before the Navy purchased additional land at the conclusion of the nineteenth century.

The Maritime Station at Indian Head was set up in 1890 when Ensign Dashiele came from Annapolis, Maryland, looking for an unused area to construct a demonstrating ground for testing weapons and armor plates for U.S. Navy Ships.

In 1897 the Indian Head office extended its mission with the expansion of a smokeless powder plant. Between 1904 and 1907, nitric corrosive and sulfuric corrosive plants were built for the powder’s large-scale generation.

Throughout World War I & II, the maritime offices were extended to increase powder generation, and the Indian Head Office was one of two military bases prepared to create explosives.

In 1966, as accentuation moved from generation to investigation and advancement of fuels, chemicals, and explosives, the station experienced a name change, the Naval Ordnance Station. Amid military realignment preparation in 1994, the station was renamed once more and became the Indian Head Division of the Naval Surface Warfare Center. The Indian Head Division’s mission is to supply the combat status of the warfighters through their part as the National Center for Energetics.

As the Naval Base began to increase, so did the area outside the base. Commercial activities that supported military and civilian workers were located close to the base and formed the town’s core as it is today. In 1920 the town was incorporated and became one of six incorporated municipalities in Southern Maryland.

By 1947 the town of Indian Head had 140 homes, five churches, and 22 other commercial and public buildings. However, the town has since tripled in size. It has a current population of slightly over 3,426 people, which places the total number of the Peninsula’s inhabitants in the vicinity of 7,000 people when the Naval base is fully housed. Today there are more than 1200 homes and 50 plus businesses.

As the Town of Indian Head enters the 21st Century, the Town Council, in concert with a recently adopted Master Plan, has set about implementing a very ambitious community and economic redevelopment and revitalization program. The Town’s goals include enhancing business opportunities, providing greater public access to the Potomac River and the Mattawoman Creek, and fostering tourism activities and events to encourage a broader visitation base.